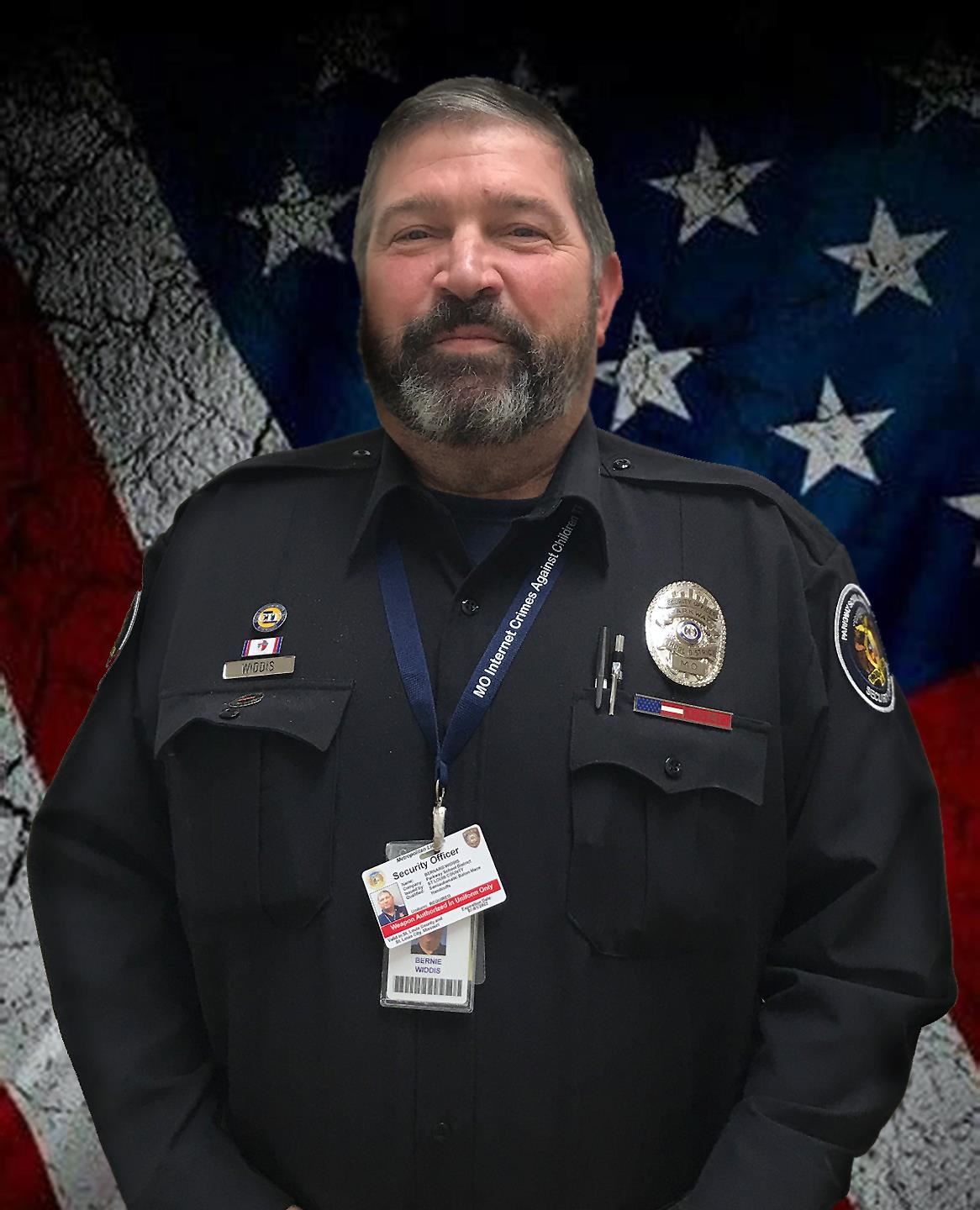 Bernie served as a Police Officer for 31 years before joining Team Security as a dispatch officer in June 2021...just after retiring from St. Louis County Police Department.  On November 21, 2021, Bernie accepted an armed School Safety Officer position, for which his experience with St. Louis County well prepared him.  While with County, Bernie wore many hats, including School Resource Officer (SRO), Patrol Officer, Accident Reconstructionist, Highway Safety Officer, and Neighborhood Policing Officer.  Prior to beginning his law enforcement career, Bernie served six years in the United States Marine Corps, honorably discharged in 1991.  He brings to Parkway considerable experience, skill, and - for sure - impressive war stories...like the time he delivered a baby roadside!  That baby is now grown and a recent police academy graduate.  Officer Bernie was honored to pin this young man's badge on him during the graduation ceremony.

When not working Parkway Security, Bernie performs stand up comedy; he can even ride a unicycle!  In the early/mid 1990s, he appeared on The Steve and D.C. Radio Show and the 3 Stooges At Night television show.  He has performed with an accapella singing group and also plays drums.  Bernie's favorite sport is hockey; of course, he is an avid Blues fan.